A GERMAN REQUIEM IN NEWPORT

It is, unbelievably, twenty years since the bitter Britpop battle between Blur and Oasis. But 150 years ago, a similar head-to-head was taking place in Vienna: Brahms -v- Wagner…and Brahms’s German Requiem took it to a new level. Brahms was already courting controversy by rewriting a mass as a more humanist oratorio. Then, on the opening night, disaster struck. A misreading by the percussionist of the score meant the orchestra was drowned out by drums, to howls of critical derision. Twenty years later, the piece was finally accepted as a concert hall staple and today is seen as pivotal in establishing Brahms as Beethoven’s successor. So it was an excellent choice for the Isle of Wight Cantata Choir to add to its repertory. And with no such instrumental upsets under the baton of talented Rachel Tweddle, the 70-strong choir launched into the Requiem with passion last Saturday night at the Medina Theatre.

Unusually, the Requiem requires only two soloists. The renowned international soprano, Laura Mitchell, made the most of her brief appearance in a divine dialogue with the chorus on the themes of sorrow and comfort. But the standout performance was from young baritone Christopher Cull, studying opera at the Guildhall: he is clearly destined for great things. The orchestra displayed its skills to best effect in the Academic Festival Overture preceding the Requiem. The work is based on student drinking songs (hence Brahms’s coupling with Liszt in Cockney rhyming slang?) and was played exuberantly. The Cantata Choir rose admirably to the challenge of this difficult work and reached peak form in the sixth movement.

Men who can sing: your Island needs you. Only a third of the singers are tenor or bass and the Cantata is on the look-out for hale new recruits! For more details on joining and upcoming concerts, the website is: iowcantatachoir.co.uk 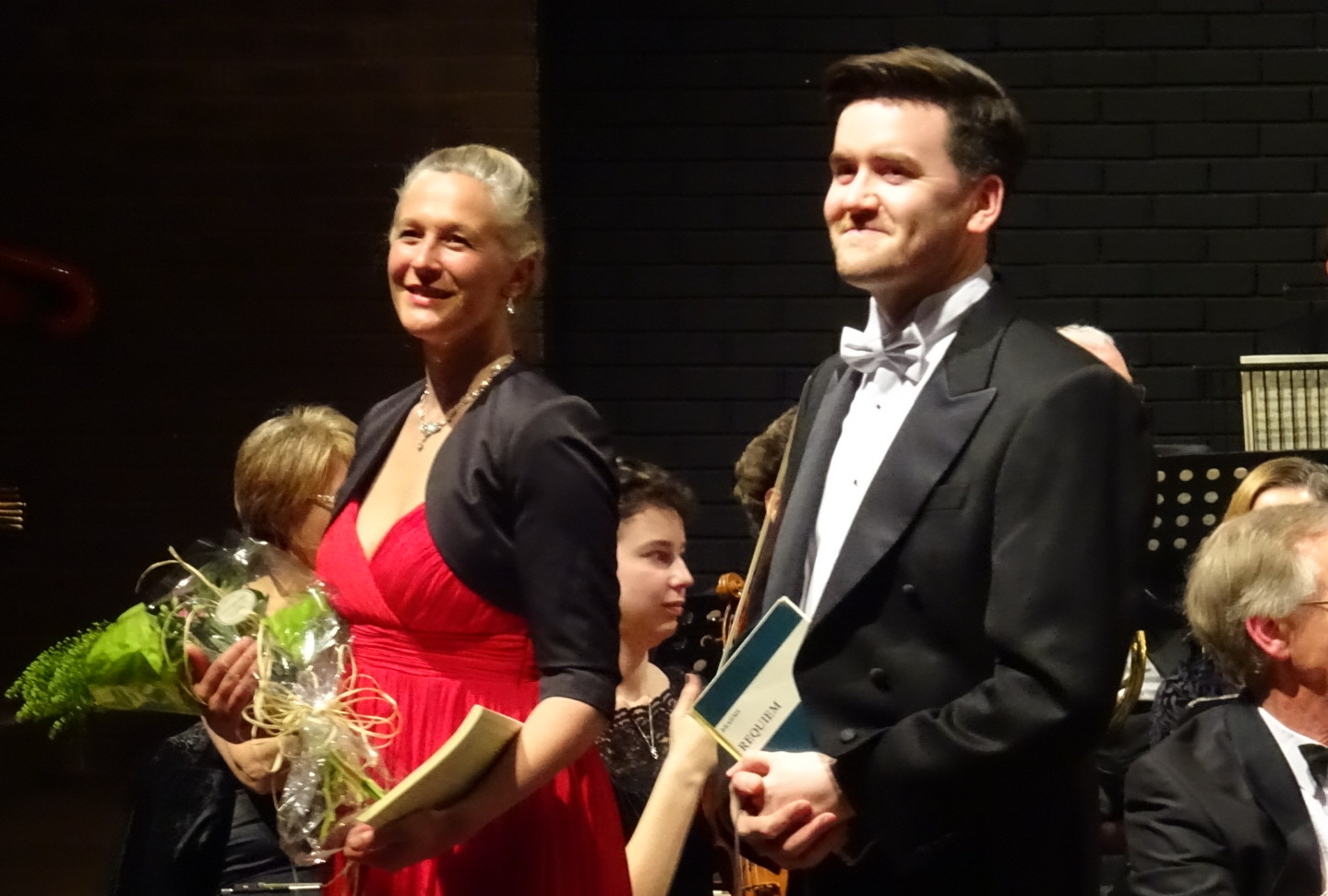