Dennis Wickens succeeded him in the Adviser role and also as Isle of Wight Cantata Choir’s Conductor from 1967 to 1976.

In 1977, following in both roles, Douglas Potts took the choir from strength to strength over a period of 21 years.

Rachel Tweddle has been our Musical Director, since 1998.

Rachel Tweddle is our current Musical Director, since March 1998.

Rachel was educated on the Island and later studied clarinet, piano and singing on a scholarship at Trinity College of Music, London.

She subsequently took up a teaching position as a clarinet specialist, with the Schools Music Service, in Guernsey and participated in both orchestral and choral sides of musical life; being involved with church and chamber choirs.

After five years on the Channel Island, Rachel went on to fulfil a similar teaching position in Bromley, Kent.

Since returning to the Isle of Wight, she has been absorbed with both choirs and orchestras – teaching all ages and musical styles.

Currently, Rachel is Director of Music at Ryde School with Upper Chine.

Richard Wilkins is our rehearsal and concert accompanist, since 1996.

Born in Willenhall in the West Midlands, Richard began piano lessons aged eight.  During his late teenage years, he was already accompanying school choirs and local Operatic and Choral groups.

Following his studies at Nottingham University and the Guildhall School of Music, Richard entered into a varied life of music-making, encompassing many genres; Opera and music theatre, teaching and coaching, singing and accompanying, composing and conducting.

Richard joined Isle of Wight Cantata Choir as rehearsal accompanist in 1996 and has sung or played with them in concerts regularly.

The choir has played a significant part in encouraging and developing his skills, and he has even been moved to compose for them on occasion!

Additionally, Richard is Musical Director of the Tritone Singers, since 1999. He also plays keyboard as part of the Isle of Wight Symphony Orchestra. 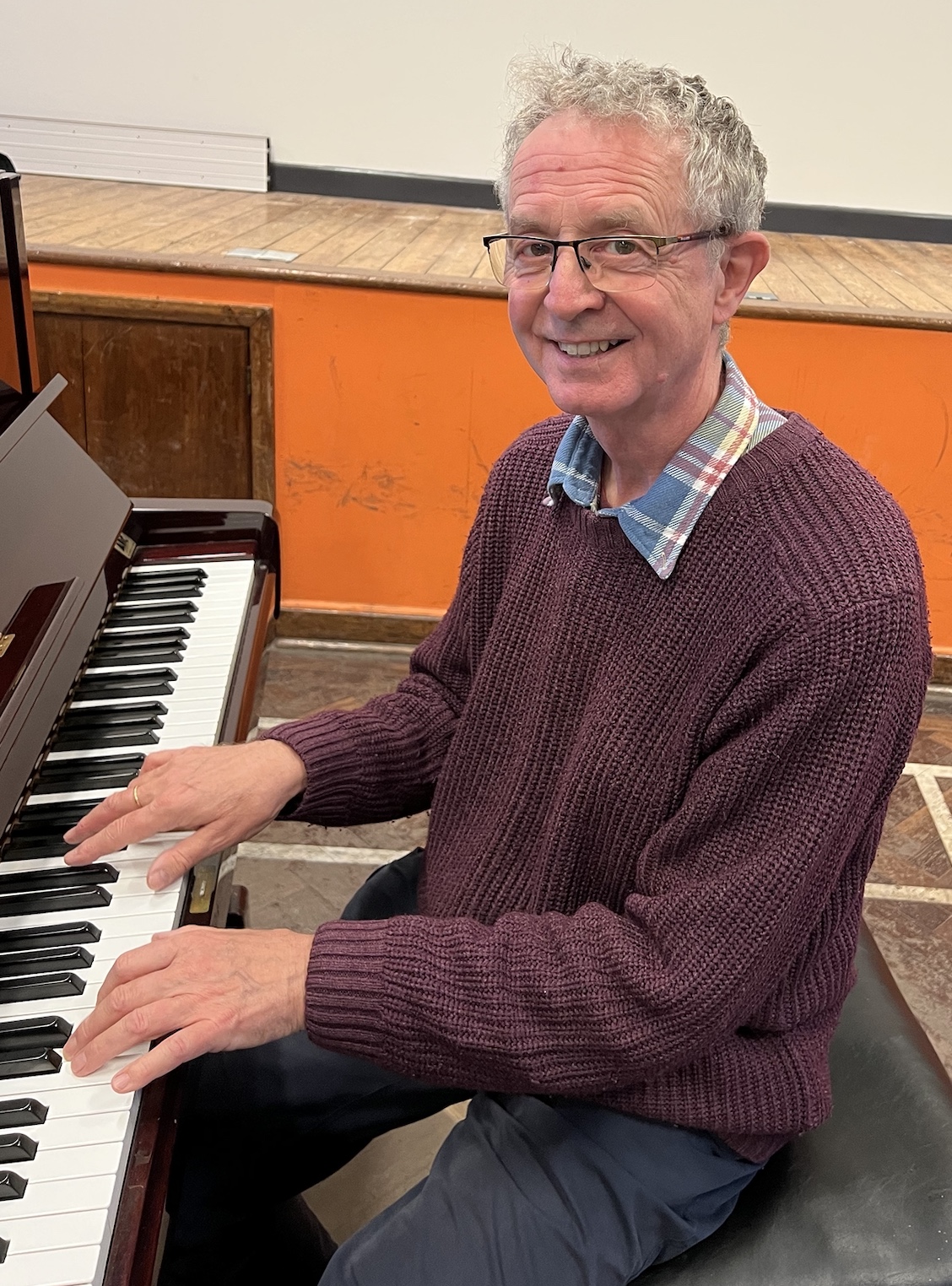 The success of the choir and its ability to perform live concerts depends on the dedication, energy and enthusiasm of its musical leaders, elected committee, volunteers and supporters.

FRIENDS OF THE CHOIR LIAISON

Rehearsal for our 23rd October 2021 Concert

The choir is grateful to all who provide assistance and support to ensure that rehearsals and concerts are a success, including: